Delighted to announce that the autumn instalment of ‘0151 @ The Jericho Tavern’ will be headlined by former Boo Radleys singer/guitarist Sice. The night will also feature sets from Poet Paul Birtill, Matt McManamon Music and myself.

I’m pretty excited about this one, folks. Let me tell you why:

I bought my first copy of the NME in December 1993 when ‘Giant Steps’ featured at the top of virtually every end of year album poll. I queued up to get The Boo Radleys’ autographs when they headlined (supported by a fledgling Oasis) the Heineken Music festival in Preston’s Avenham Park in 1994. That same year I watched the Channel 4 broadcast of The Boos’ performance at Glastonbury and was absolutely blown away watching Sice sing ‘Lazarus’ (still one of my all-time favourite songs). In 1995 I cheered when ‘Wake Up!’ went to Number One in the UK album charts. I also saw The Boos headline The Royal Court in Liverpool in October 1995.

Sice’s debut solo album ‘First Fruits’ (Creation 1996) released under the name of Eggman has attained the status of a cult classic.

Expect an inspired mix of brand new material and some classic materials from Sice’s legendary discography.

Paul Birtill was born in Walton, Liverpool, in 1960. He moved to London in his early twenties when he began writing, and apart from a brief period in Glasgow, has lived there ever since. His poems appear regularly in national newspapers, magazines and literary journals and he has read them on national radio and at poetry venues nationwide. He has published a number of collections on the Hearing Eye imprint including the best-selling Terrifying Ordeal and Collected Poems 1987-2010. 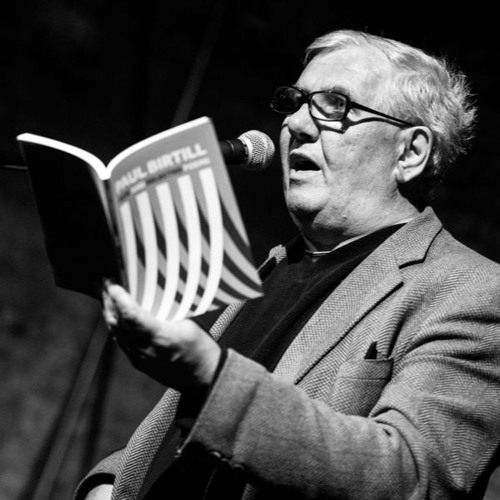 Formerly of The Dead 60s and The Specials, singer/songwriter Matt McManamon is strongly associated with ska, punk, dub and reggae. His solo work, however, is more deeply influenced by his Liverpool Irish roots than it is by sounds that originate from Kingston and The Black Ark.

The Dead 60s experienced a short, sharp burst of success which included two appearances on Top of The Pops and festival slots at Glastonbury and Lollapalooza. Tours with Morrissey, Kasabian and their label mates The Coral helped to establish the band and their eponymous debut album charted at number 23 in the UK Top 40 – it would eventually sell over 100,000 copies. The Dead 60s had 5 UK Top 40 singles

“When Jules Reid told me that he had ‘someone special’ lined up to headline the September edition of ‘0151 @ The Jericho Tavern‘, I never imagined that he had somehow persuaded Sice from The Boo Radleys to come out of retirement and play his first live show in over a decade. Unbelievably excited about this one!

I still remember waiting in line to get Sice and his former bandmates’ autographs at the old Virgin Megastore in Clayton Square in Liverpool. And the Scouse Bukowski, Poet Paul Birtill, is on the bill too! This is going to be a cracking night.”

Author of this blog. Made on Merseyside, now based in Oxfordshire. Jules is a veteran singer/songwriter with hundreds of live shows under his belt in Argentina, Germany, Italy, Spain, the UK and the USA.

He is also the host of ‘0151 @ The Jericho Tavern’ – ‘Music from the Mersey where the Cherwell meets the Thames’.